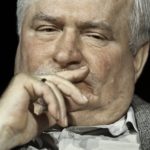 First leader of the Solidarity movement, Nobel Peace Prize Laureate and President of Poland between 1990–1995. His idea of the Solidarity of the 21st Century will inspire the whole conference. Former president will take part in a discussion on climate solidarity with the our special guests – Antenella Calle and Manari Ushigua. 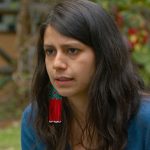 Yasunidos movement was formed in 2014 after the president of Ecuador, Mr. Rafale Correa, cancelled the Yasuni Initiative. Ecuador, country economically relying on oil located under the territory of the Yasuni National Park, one of the most biologically diverse areas in the world, proposed oil extraction suspension in exchange for international financial support. After the Initiative collapsed,  Yasunidos stood on the forefront of the struggle for the protection of precious rain forest against the interest of large companies.

Manari Ushigua – Chieftain and shaman of the Sapara tribe from Yasuni

There are about 500 members of the Sapara tribe which is now recognised by the UNESCO as a “intangible cultural human heritage”, as their language and culture are in danger. The area inhabited by Sapara is one of the few locations in Ecuador still untouched by mining companies. Manari realises the mission of protecting the jungle and his nation, assigned to him be his father. He fights with Ecuador’s government, also on the international level, opposing the award of oil extraction concessions on the land historically inhabited by Sapara. 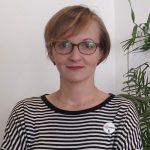 Ewa Chodkiewicz has been associated with the WWF Poland since 8 years. Graduate of environmental protection at the Warsaw School of Life Sciences and postgraduate studies at the Institute of Economic Sciences of the Polish Academy of Science and at the Warsaw School of Economics. At WWF she conducts the “Zero Waste Community” project, related to sustainable economy, combining cooperation with local governments, business and customer-oriented activity. She believes that the closed circuit economy is a great chance for Poland – the only right way in the light of ongoing environmental degradation. 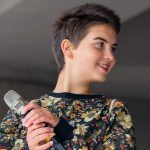 Student at the High School No. 3 in Katowice, she has become a climate activist after the December climate summit. She is one of the founders of Youth Climate Strike in Katowice and Silesia. She participated in multiple conferences (among others the European Economic Congress) and the International Youth Climate Meetings (in Berlin, Lausanne). She now works as the coordinator of the Youth Climate Strike in the Silesia. Privately, passionate about astrophysics, art and theatre.

Pedagogy graduate at the Kazimierz Wielki University in Bydgoszcz, Poland, graduate of post-graduate studies at the University of Social Sciences in Sopot, a social activist, co-founder of the first Social Cooperative in Gdańsk which employs over 100 people, and a social cooperative in Czersk. He has a longstanding experience in realising EU-funded projects at the Gdańsk Social Assistance Center aimed at people affected by social exclusion. Responsible for establishing and managing a cooperative bank subsidiary in Gdańsk for 3 years. 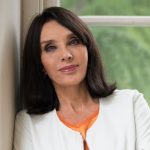 Ewa Ewart is a journalist and an award-winning filmmaker who specialises in ground breaking and influential documentaries. She was born and raised in Poland, but she has spent most of her career based at the BBC TV in London, England.

The projection of her movie “The Curse of Abundance”, which reveals the dramatic story of the unsuccessful Yasuni Initiative along with its far-reaching global consequences, will be the central point of the conference. The documentary shows Ecuador’s struggle to reconcile ecological ambitions with tough economic reality and capitalistic interests of oil companies. This dilemma has become a truly global concern. The case of the Yasuni National Park serves as a perfect example of today’s problems with addressing environmental threats. The movie will be an introduction to the discussion of our special guests, Antonella Calle and Manari Ushigua, with President Lech Wałęsa.

Read more about the movie at: klatwaobfitosci.pl 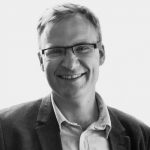 Co-founder and President of the Institute of Environmental Economics, expert in energy efficiency and environmental protection. Graduated from the University of Economics in Krakow. Professionally active in the field of environmental protection for 20 years. A consultant to numerous state and international institutions – the World Bank, JASPERS, European Investment Bank, OECD. Initiator and co-founder of the Smog Alert movement advocating for clean air policies in Poland. 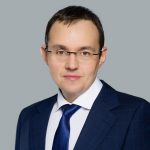 Piotr Krupa is the cofounder of the KRUK S.A. – company established in 1998, operating on the receivables management market. Graduate at the Faculty of Law and Administration of the University of Wrocław. In years 2000–2003 he completed the attorney practice. In 2017 he was given the main award in the Polish edition of the Entrepreneur of the Year competition. Since 2019 he is the chairmen of the Wrocław Economic University Council. He also serves as a member of the Programme Board at the Global Compact Network Poland. He founded the Krupa Gallery Foundation with his wife to support young Polish artists. He is the producer of the documentary “The Curse of Abundance” by Ewa Ewart.

Olga Malinkiewicz developed a method of producing solar cells based on perovskites, using inkjet printing at low temperatures. In 2014, Saule Technologies was established, with one goal – to develop green, cost-competitive and versatile solar energy harvesting technology. The company was founded by Olga Malinkiewicz and two entrepreneurs Piotr Krych and Artur Kupczunas.

Beata Moskal-Słaniewska – President of the City of Świdnica 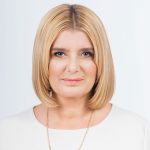 Graduate of journalism at the University of Warsaw. She also completed a postgraduate degree in European integration. For above 20 years she was affiliated with local, regional and nationwide media, serving as the secretary and chief editor of the “Wiadomości Świdnickie” newspaper. She also led several local titles. She cooperated with weekly “Niedziela”, Polish Radio in Wrocław and newspaper “Słowo Polskie”. 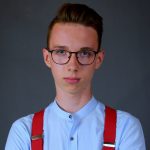 Born in Ostróda in Mazuria, passionate about movie-making and music. He sings in a local team and already has several awards in his record. He was given the title of the Volunteer of the Year in the “Ośmiu Wspaniałych” competition. Actively participating in the Great Orchestra of Christmas Charity, he was included in the initiative to establish the Youth Council of the City of Ostróda. In November last year he represented the Warmian-Mazurian Voivodeship in the International Youth Climate Congress in Poznań.

Acclaimed businessman, author of many successful business initiatives and the only Polish winner of the Dakar Rally. Graduate at the Cracow University of Economics. He started the website www.naszkasprowy.pl and organised many initiatives related to environment protection. President of the Clean Poland Society which leds the great action of cleaning-up the Tatra Mountain region, called “Clean Tatras”.

Polish local government worker, in years 1990–2002 Mayor of Jastarnia, long standing member of the Pomorskie Voivodeship Council. Between 2005 and 2010 Vice Marshal of the Pomorskie Voivodeship, since 2010 – Marshal of the Voivodeship. He graduated at the University School of Physical Education in Wrocław and the University of Szczecin. He co-organised many green investment, including complex solution for the sewage and water management on the Hel Peninsula and in the Puck Bay or the bike roads system around the Puck Bay. Laureate of the Grzegorz Pałka Award.

Deputy Director of the Environment and Agriculture Department at the Pomeranian Voivodeship Marshal’s Office. 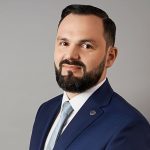 Worker of the UN since 2002. Since 2004 Representative of the UN Global Compact Network in Poland, coordinating on behalf of the UN the cooperation between business, cities, universities and non-governmental organisations. In years 2002–2009 he was responsible for international cooperation and the development of programmes in Europe and Asia. Between 2009–2014 Director of the UNDP Office in Poland. Expert at UN and EU policy, especially in the area of business-administration cooperation and private partnership in the implementation of UN goals.